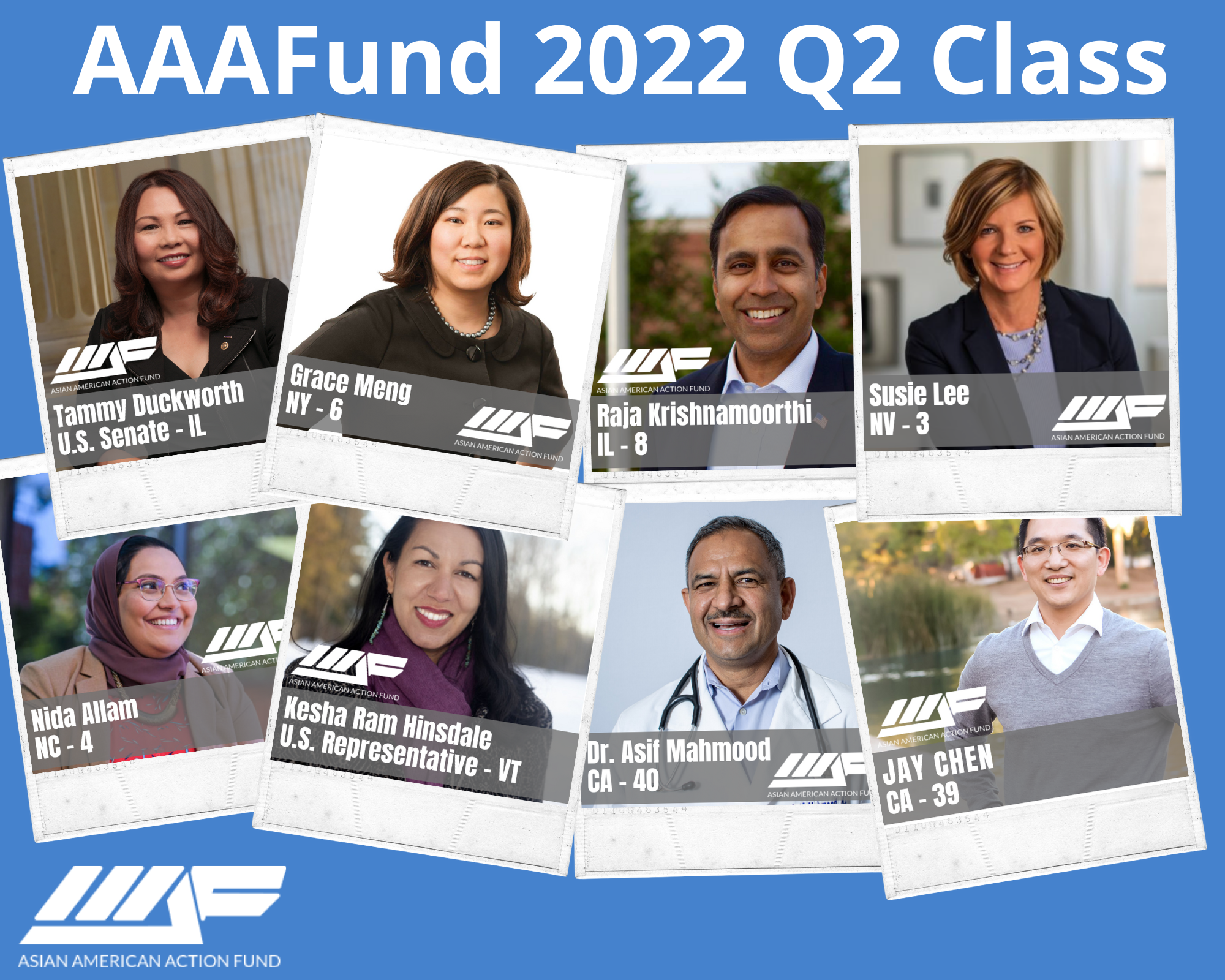 May 9, 2022,  WASHINGTON, DC – As the democratic world faces an onslaught unlike anything in recent decades, Americans across the country have sought out inspirational leaders committed to truth, justice, and democracy. AAPI communities and other communities of color in particular have witnessed how much character and integrity truly matter in our leaders and lawmakers.

That is why the Board of the Asian American Action Fund (AAAFund) is proud to endorse this slate of candidates for the 2022 midterm cycle. Each of these candidates demonstrates fearless dedication to democratic ideals of truth, justice, and equity. As we transition from one state of emergency to another, we need both steady, able leadership and a fighting spirit to ensure our democracy survives and our community thrives.

With that, AAAFund has chosen to endorse the following champions of the AAPI community: