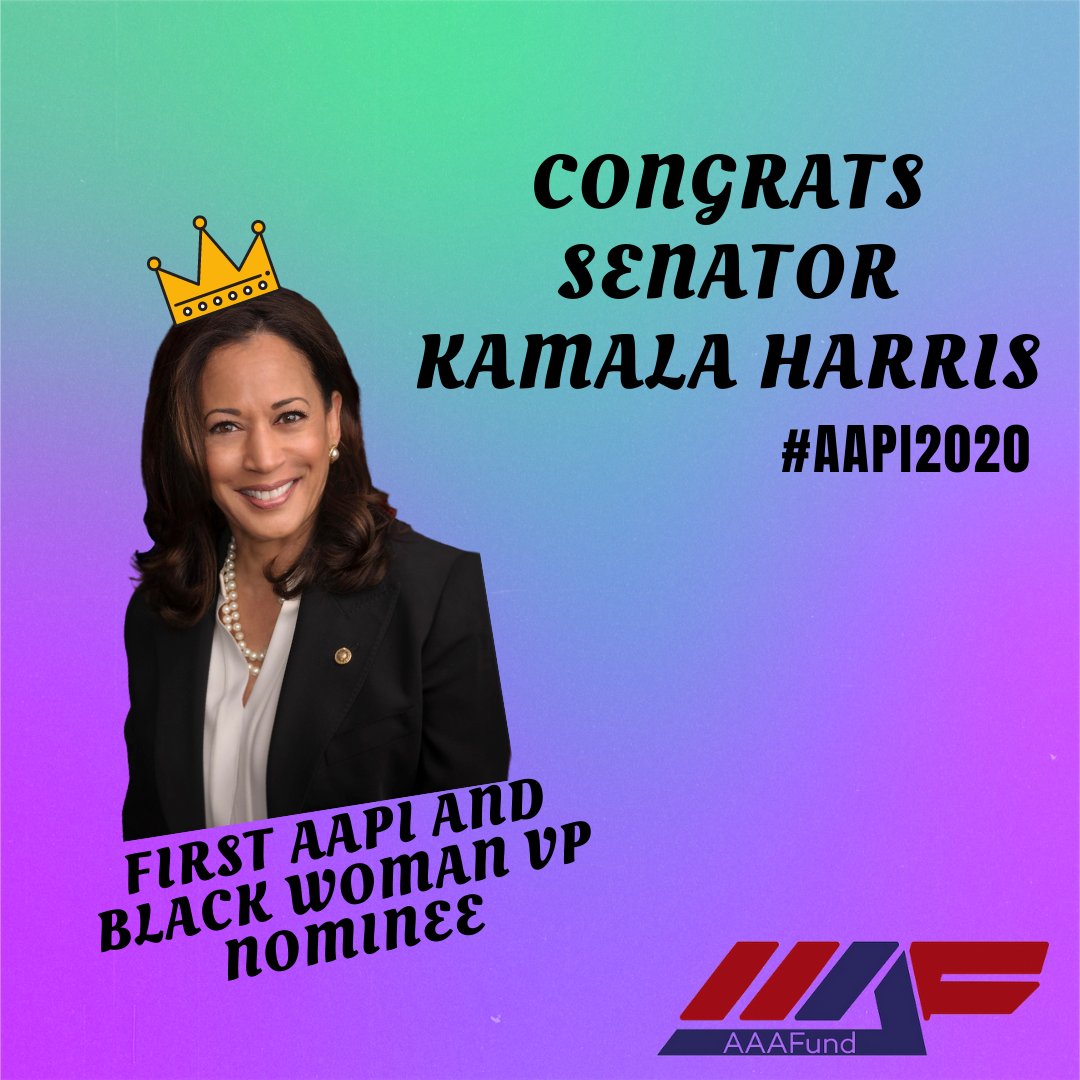 Yesterday was a day of momentous firsts. The board of the Asian American Action Fund celebrates the historic selection of Senator Kamala Harris (D-CA) as the first Black and Asian American woman to be nominated for Vice President. Senator Harris, the daughter of Jamaican and Indian immigrants, draws strength from her long legacy of public service and genuine dedication to justice and American values. We see ourselves reflected in her journey, and we are heartened that millions of young women and men that Kamala inspired on the campaign trail will continue to see someone who looks like them and represents them. This is our time to fight for communities of color to have a seat at the table.

Since the founding of the Asian American Action Fund in 1999, we have stood for increasing representation at all levels of government. Just six weeks ago we hosted a Salute to AAPI Women of the U.S. Senate featuring Senators Harris, Tammy Duckworth and Mazie Hirono. This nomination is a culmination of our work of two decades, and we are beyond thrilled at the wisdom of Vice President Biden’s choice. It means we, as AAPIs, have a strong, justice-minded voice speaking up for us, at a time when we are facing harmful xenophobia and racism. We are extremely proud of what Kamala has accomplished, and we commit to putting everything we’ve got into making sure the Biden-Harris ticket wins in November.