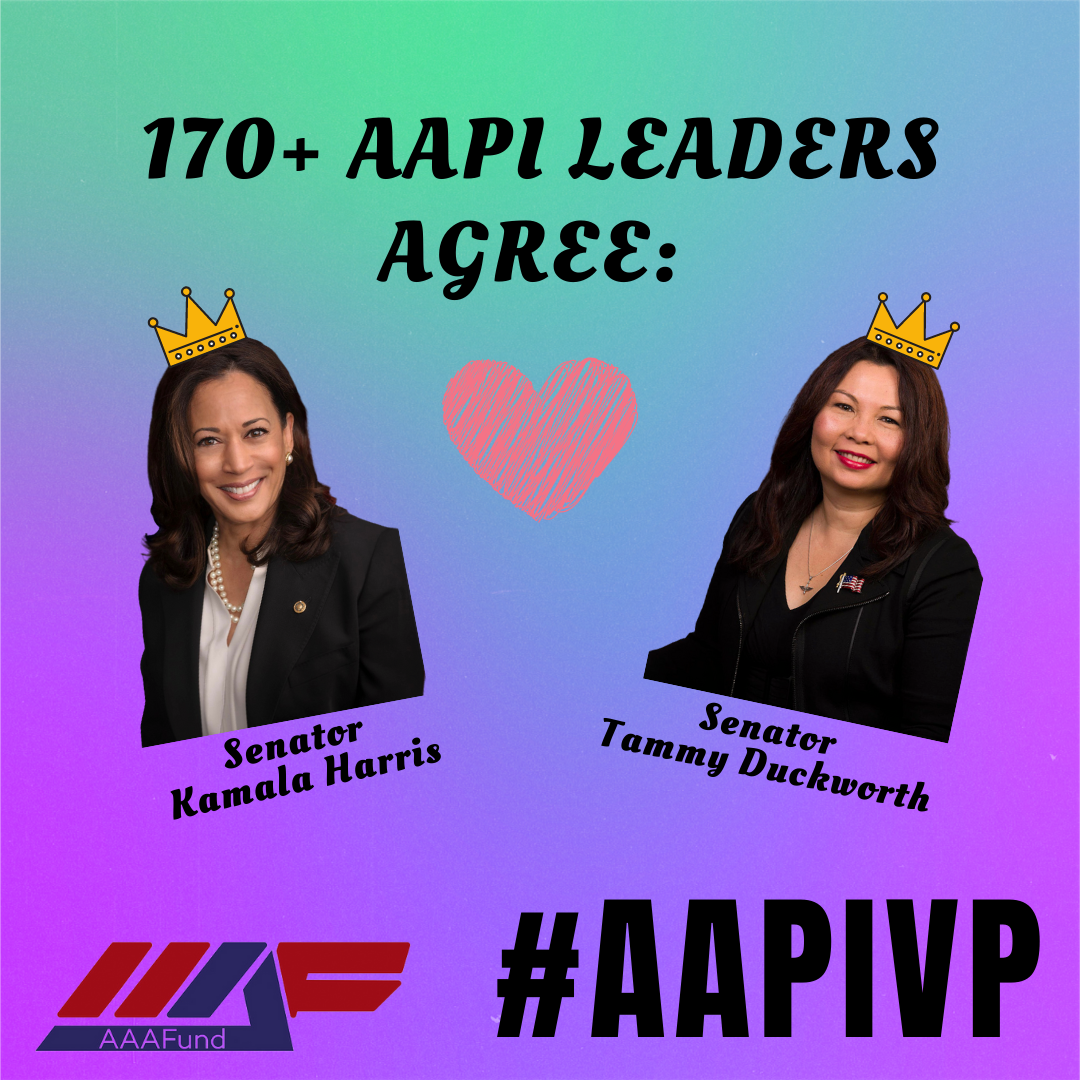 The statement, signed by more than 170 prominent AAPI leaders and organizations, including 32 current and former elected officials from Ohio, Texas, Pennsylvania, Florida and a dozen other states were sent to the Biden campaign and the campaign’s Vice Presidential Selection Committee today on Friday, May 22. Two United States Senators of Asian American descent, Tammy Duckworth of Illinois and Kamala Harris of California, are reportedly major contenders under consideration by the selection committee.

“As leaders in the AAPI community, we recommend Vice President Biden to strongly consider one of the two excellent AAPI candidates as his Vice Presidential running mate – U.S. Senators Tammy Duckworth and Kamala Harris. As we all know, this choice would be a historic first, during an especially tumultuous time for Asian American Pacific Islanders. This decision will help galvanize the AAPI community as we look to November – and beyond,” said Paul Tiao, Co-Founder of AAAFund.

AAAFund and allies across the country are throwing their full support behind these two extremely qualified leaders, and trust that both women would, in the nation’s second highest office, represent the Asian American and Pacific Islander community with dignity and respect. Senator Duckworth, a veteran of the Iraq War who lost her legs in combat, and Senator Harris, who ran a historic campaign for the presidency herself, have been fighting for American families throughout the COVID-19 crisis. Together, they co-sponsored a resolution denouncing the rise in anti-Asian hate incidents associated with the Trump administration’s mishandling of the pandemic. Both are respective “firsts” in their offices – Duckworth as the first Thai-American woman, and Harris as the first South Asian woman elected to the United States Senate.

The full letter text and list of signers is available here and this press release is attached as a PDF.