Climate Change Affects the Most Personal Part of our Lives: Our Health 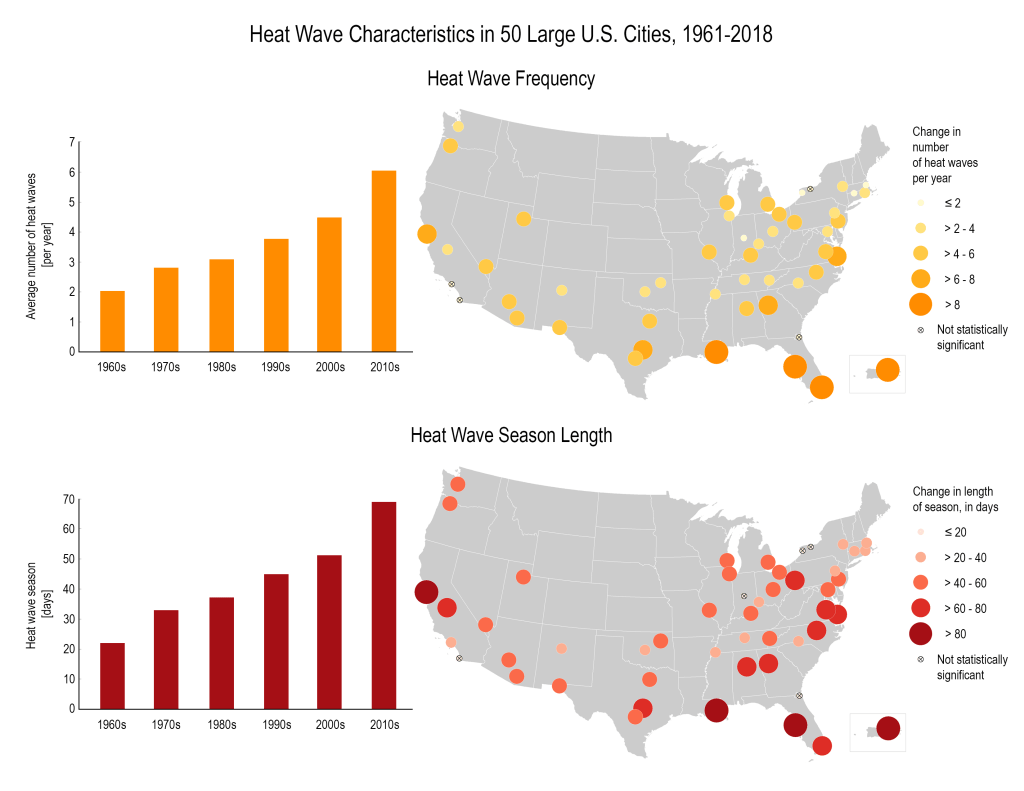 2019 was the second-hottest year on record. The years 2014 through 2018 were the top five hottest on record before 2019. Practically every day seems to produce some new piece of evidence, some authoritative report that describes with urgency a new horrifying impact climate change has wrought the planet. But the overwhelming scale of climate issues makes it challenging for any one person to connect the impact of climate change to her daily life.

So, if you’re looking to feel better about the impending climate crisis, this is not the post for you. The time for sugarcoating is over. Check out any number of online resources readily available these days on what you should and shouldn’t do to reduce your carbon footprint.

I’m bringing the impacts of climate change down to the most personal part about our lives: our health.

Each and every one of us will face some kind of impact to our health, if it hasn’t happened already, due to climate change or climate-related issues. Often, climate change creeps into our lives slowly and insidiously, so that we don’t notice. Until you have to rush your grandfather to the hospital for heat stroke over the fifth unusually sweltering hot summer day in Detroit.

So let’s stick with extreme heat as an example. According to a US Global Change Report Program (USGCRP) 2016 report, population centers are experiencing increasingly longer and hotter summers. Cities that house some of our most vulnerable communities – lower-income and minority groups, the elderly, and young children – grow increasingly vulnerable. The negative health impacts range from deadly heat stroke to the deterioration of other health conditions, including those of the heart, lung, and mental health.

That’s not all. Our population is aging – the U.S. birth rate hit a record low in 2018, far below the standard replacement rate (essentially, a little over two births per woman to replace each parent). This means that our health systems will face the multiplicative strain of more and more elderly people – a demographic that will, if it doesn’t already, include your parents and you – subjected to hotter and hotter temperatures.

And it gets even more complicated. If we factor in the economic costs, we see staggering losses due to rising temperatures. The Lancet Countdown’s US Policy Brief estimated a total decline of almost 1.1 billion potential labor hours between 2000 and 2018, with 2018 racking up over 64.7 million of those lost hours alone.

Where are these hours being lost, you might ask. These losses are concentrated heavily in the industrial and agricultural sectors, where a majority of a worker’s time might be spent outdoors. This is significant because those potential losses of labor hours correspond with potential losses in earnings for workers and families that too often are already in precarious financial positions. Coincidentally or not, the most heavily-impacted economic sectors and the geographic distribution of lost potential labor hours often overlap with where the Trump presidency has a solid base of support.

Not enough yet? Extreme heat interacts with other environmental pathways to magnify the health impact of climate change. For example, extreme heat events contribute to poor air quality, increasing the risk of asthma attacks and other cardiovascular and respiratory illnesses. Prolonged high temperatures place stress on mental health, foster a wider geographic range for disease-carrying mosquitoes, cultivate salmonella, and may reduce the nutritional quality of some food crops. It’s complicated, to say the least.

The figure above depicts the general framework through which scientists interpret the multitude of relationships between climate-related risk factors, our institutions, and our behaviors to determine the risks to our health. Scientists study many exposure pathways, including poor air quality, extreme weather events, infectious diseases, water-related illnesses, food-related diseases and nutrition, and mental health. Research on vulnerable communities underpins all of these categories, as they face the most severe climate impacts.

Asian American communities will prove to be crucial in the fight against climate change in the years to come. Along with Latinx Americans, AAPIs consistently express the most concern over the environment and are most likely to say that climate change impacts their lives. Thus, it follows that AAPIs overwhelmingly support climate mitigation policies, the most of any demographic group. However, we still tend to be underrepresented in medical and climate attitude studies, potentially masking the full impact of climate change on the AAPI community.

AAPIs clearly recognize the data, but the time to make our voices heard on this issue is dwindling quickly. When researchers project temperature rise over the next few decades, and when they describe the uncertainties in their models, they are telling us that we need to pay attention to the threats to our health now. Climate change kills; we just don’t know exactly how many. It’s on us to stop it before it claims even more lives.