My family’s new reality under COVID-19 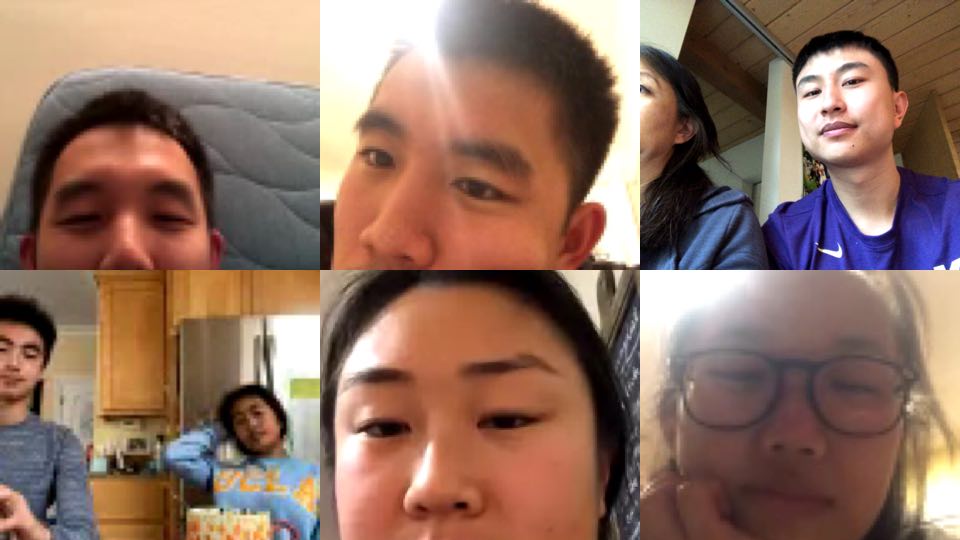 The fact is more obvious every day: COVID-19 will leave no family unscathed. Every single American will feel the effects of the pandemic, and the most vulnerable, as always, are, and will continue to, bear the greatest brunt of it. The family unit has been the backbone of American life, and the core of my own network; COVID-19 threatens to rock that very foundation. This is my family’s new reality under lock down.

The magnitude of the crisis truly crystallized for me, in a personal way at least, when I spoke with my cousin Josh. He works as an emergency medicine resident in New Orleans and told us recently his hospital was down to 10 respirators. They would soon be forced to choose who lives and dies.

For context, Louisiana is experiencing the fastest rate of new infections in the world right now, while New Orleans alone reported more cases than all but 15 states. Josh said the city is considering opening up the Super Dome for extra bed space, a move starkly reminiscent of the stadium’s famous role in sheltering residents in the aftermath of Hurricane Katrina. Yes, COVID-19 is a Katrina-level of disaster.

Who is the “vulnerable” population?

Our Gong Gong lives in another epicenter of this outbreak, Santa Clara County, California. Gong Gong celebrated his 84th birthday a week ago, which he spent self-quarantined with a pineapple upside down cake my sister baked for him. He told me he was eligible for a new coronavirus testing pilot program under Verily, a company associated with Google’s parent company. (Yes, this one that Trump bungled the explanation on.) He decided he would only submit to testing if they didn’t require him to stand in line near other people.

My family lives about 15 minutes’ drive away from him, and we used to eat Sunday dinner with him every week. But, as things stand currently, that birthday is likely the last time they will see him in person for some time. We will now conduct Sunday dinners over video chat.

This worries my mother. Mama works in healthcare, at San Mateo County’s flagship hospital, so she knows how much the outbreak strains local health systems. She just secured a contract extension last month, but now, she doesn’t know if the hospital will be able to keep her on. One of her close coworkers reported a fever yesterday, so she has almost certainly been exposed. Still, she worries more about Gong Gong and my sister than herself.

My sister Nat just began experiencing cold-like symptoms, a week after her high school ended in-person classes. According to Mama’s hospital, symptoms present five to six days after infection, on average. Nat spends her days in online classes, working alongside Mama and my brother, who evacuated UCLA campus once all the finals moved online.

Teachers have evidently adapted to these changes as variably as the rest of us. My sister’s English teacher requires only four days per week, and assigns some optional homework, which annoys my mother to no end. Mama thinks this teacher’s methods fail to prepare Nat for sophomore year English, but who really knows how long this will continue?

I know I cannot survive for months on end with the pandemic suppressing the economy this way. Because COVID-19 has disrupted business operations everywhere, I was denied a job that the company was all set to offer me. My fallback plan also fell through. The coffee shop I worked at as a barista in college drastically restricted hours and cut its largely student staff. Now, I’m filing for unemployment, joining the 3.3 million other Americans suddenly adrift, all because the President refused to do his job and put his constituents first.

I wrote last week’s piece because the President’s continued use of the racist term, “Chinese virus,” angered me. The President and his allies shifted the AAPI community from model minority to yellow peril with just two words. The consequences? Predictably awful for AAPIs across the country.

***Note: If you have experienced a racist incident related to the coronavirus, I encourage you to report it on this website. (My dad’s college friend is one of the professors involved in this documentation project!)***

However, although we suffer from the politicized language used to talk about the virus, AAPIs experience all the same grim, isolating effects of COVID-19 as anybody else in this country. I am angry at the President and his allies’ xenophobic language, but I’m most infuriated by the President’s continued failure to truthfully address the nation and seize responsibility for the horrific situation he helped cause.

Josh, a Chinese American, risks his own health 12 hours a day, to care for this onslaught of COVID patients. He, like all doctors, swore to do no harm. But how does the President thank him for his bravery and service? By derogatorily attaching our ethnicity to the cause of this deadly disease. Not to mention depriving Josh of his beloved March Madness and NBA. Josh last step foot in China over ten years, but he is dedicating his life to saving the lives of others. Lives that, in these last few weeks, the President has utterly failed to protect.