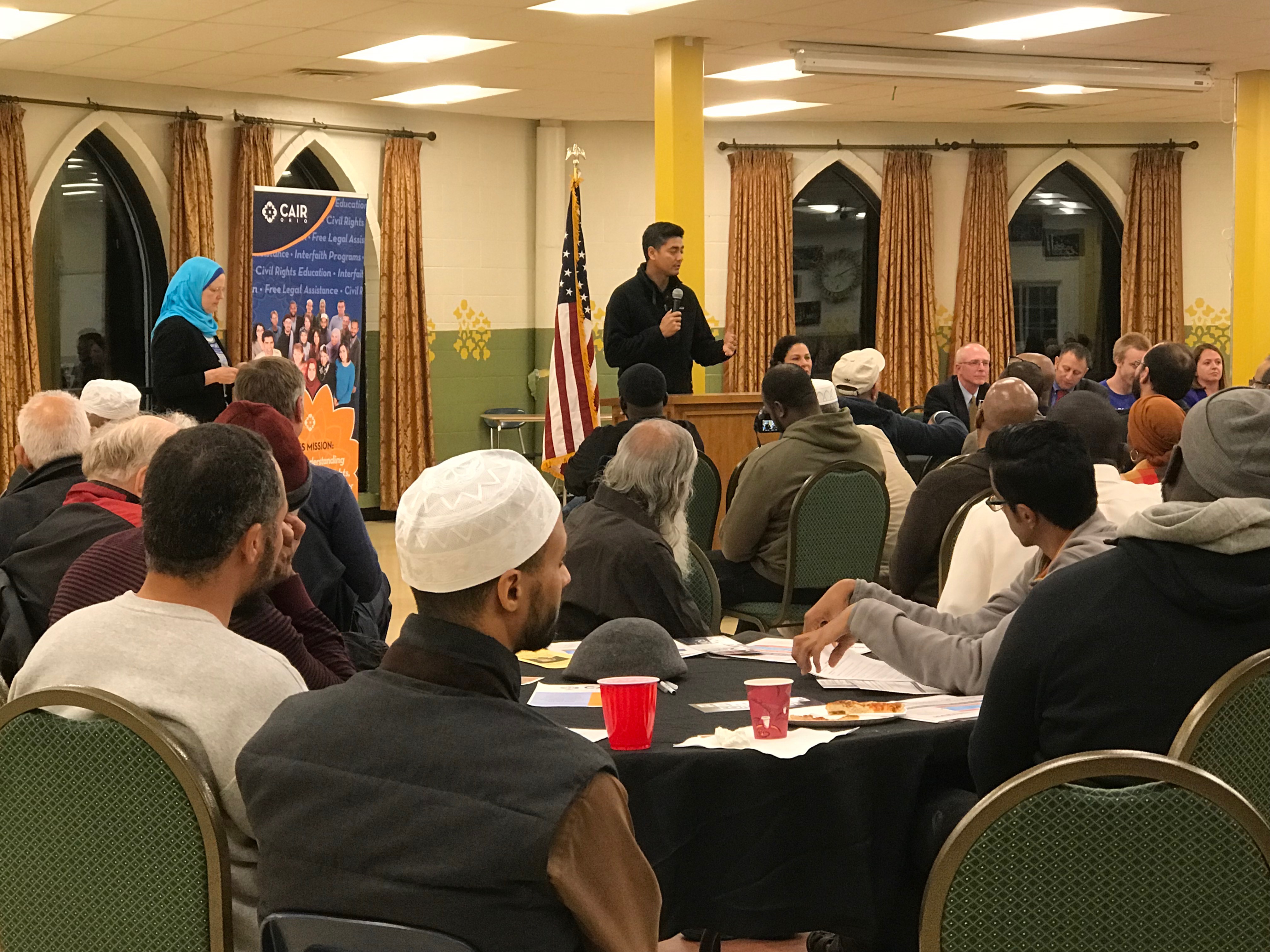 This is Shivank, checking in from Aftab Pureval’s campaign from Ohio’s 1st Congressional District. With less than two weeks remaining in the campaign, things have really accelerated, and the campaign has taken on an incredibly energetic and excited vibe. Every day brings with it new activities, challenges, and surprises, and it is so motivating to see everybody working so hard to flip the first.

Since my last post, we have continue to work diligently with Asian American and Pacific Islander (AAPI) organizations in the Greater Cincinnati, making sure Aftab is reaching out to the community and hearing their concerns. In just one week, Aftab attended three AAPI-oriented candidate forums and a Durga Pooja celebration to speak. His dedication to connecting with and motivating the AAPI residents of this district to get them to the polls is clear, and voters are hearing that in their conversations with him.

The week started with a candidate forum hosted by the Asian Pacific Islander American Public Affairs Association (APAPA). The forum was attended by mostly middle-aged Chinese American parents in the suburbs of the district, who voiced their concerns on tax increases and gun control reform, particularly in regards to their children’s safety at school. Aftab encouraged the parents with his tangible plans of action on both those issues and others that were raised.

APAPA hosted another forum later in the week at the University of Cincinnati, where college-age South Asian Americans comprised the audience. Even though Aftab has visited the university multiple times since classes started in August, the students loved hearing him speak frankly on the issues they cared about—the cost of education, immigration & criminal justice reform, etc. Just like at his rally with Congresswoman Jayapal, I watched Aftab’s remarks and energy convince my apathetic college friends to vote and volunteer with the campaign.

The final forum Aftab hosted that week was hosted by the Council on American Islamic Relations at one of our local mosques. Aftab spoke to young Muslim families, many of whom were recent immigrants from Africa, the Middle East, and South Asia. This event was especially cool to witness, because the young children treated Aftab like a celebrity—taking pictures and getting his autograph. Just as I had been inspired by seeing Aftab run in 2016, these young brown kids got to see a person who looks like them and cares about protecting their families run for federal office.

Each forum focused on different issues and catered to AAPI communities of different ages, socioeconomic status, and nations of origin, yet Aftab successfully reassured the attendees that he is committed to defending and advocating for each community. While the inside environment of the campaign can become stressful at times, it was heartening to see voters in our communities realize that they can vote for a candidate they can trust.

As always, the campaign is thrilled to have more volunteers! With November 6th so close, we greatly appreciate any support. Thank you for all you’re doing to get our candidates elected!