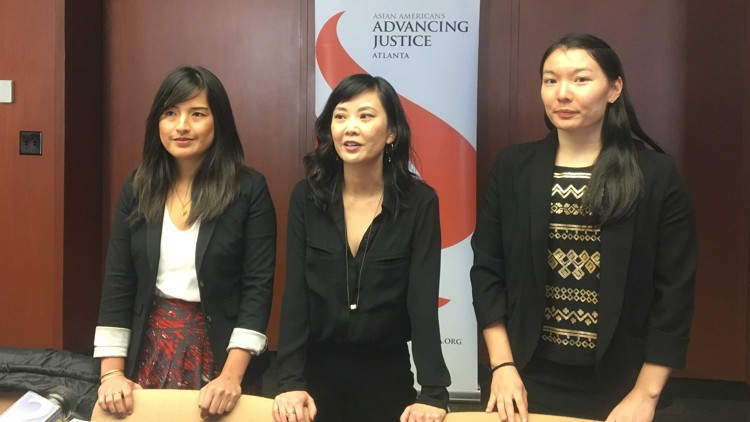 When Georgians who don’t speak English well go to vote in runoff elections Tuesday, state law limits their ability to bring an interpreter.

A federal lawsuit asks a judge to intervene, allowing voters with limited English proficiency to use an interpreter of their choice to help them understand their ballots.

Registered voters have a right to get help when casting a ballot, said Stephanie Cho, executive director for Asian Americans Advancing Justice-Atlanta, the civil rights organization that filed the lawsuit. State law restricting who can be an interpreter discourages voters from participating in democracy, she said.

“This is what voter suppression looks like in Georgia,” Cho said during a press conference Wednesday. “For the communities that are left out of the process, we are here to fight for their right to vote and for their voices to be heard.”

The lawsuit seeks court action before the Tuesday runoffs for Georgia secretary of state and Public Service Commission.

More than 500,000 Georgians identify themselves as having limited English proficiency, and most of them are Asian American or Latino, according to Asian Americans Advancing Justice-Atlanta.

Voters are allowed to bring anyone as their interpreter in elections with a federal candidate on the ballot, as long as the interpreter isn’t their employer or an official from their union. That was the case in the Nov. 6 general election, when voters decided on candidates for U.S. Congress as well as for Georgia governor and other statewide races.

But Georgia laws on interpreters are more restrictive in elections in which there are only state candidates on the ballot, such as the upcoming runoff. Voters in state elections may only use an interpreter if they’re a close family member, caretaker or voter registered in the same precinct.

About 38 percent of Latinos and 44 percent of Asian Americans speak English less than “very well,” according to the U.S. Census American Community Survey.

Nonprofit groups won’t be able to provide interpreters in many cases unless a judge steps in, said Gigi Pedraza, executive director for the Latino Community Fund Georgia, an organization that promotes civic engagement, entrepreneurship and women’s empowerment.

“Access to interpreters is critical for our community to be able to exercise the right to vote,” Pedraza said. “Our ability to support our community is going to be crippled by this Georgia-specific law.”

State Rep. Brenda Lopez Romero, an immigration attorney, said voters should be able to get help exercising their fundamental rights if they need it.

“For many first-time voters, whether they are limited English proficient or not, it is an intimidating process to cast a ballot,” said Lopez, a Democrat from Norcross. “If we want to have accessible voting, we should have all appropriate accommodations available.”