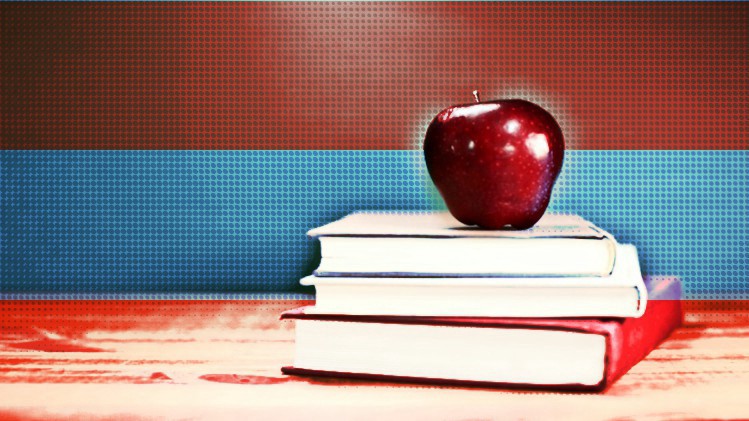 With the end of summer, college students have now returned to campuses around the country, and high school seniors are beginning the dreaded process of college applications.

Meanwhile, a trial is set to begin this month in a federal case challenging the admissions process at the nation’s oldest university, Harvard University. Within the Asian American and Pacific Islander (AAPI) community, this case is being closely watched, as it involves allegations that Harvard’s affirmative action policy is biased against AAPI students.

Given the Democratic Party’s longstanding support for affirmative action, some conservatives are using this case as a wedge issue to appeal to Asian Americans, who increasingly have supported Democratic candidates over the past quarter century.

This cynical ploy won’t succeed. Because on a broad range of issues — including health care, the economy, immigration and civil rights — the values of the Asian American community are far more in sync with the positions of the Democratic Party.

Asian Americans believe in hard work and education. We understand the importance of diversity. We want to create strong, healthy families and communities. And we work tirelessly to build a country where everyone has a shot at achieving the American Dream, whether it’s starting a business, buying a home or saving for retirement.

In Congress and statehouses around the country, Democratic lawmakers are fighting for policies that reflect the values of the Asian American community. That means protecting the Affordable Care Act, which helped two million AAPIs gain health care coverage. That means pushing back against the Trump administration’s efforts to roll back family-based immigration policies that have allowed Asian families to reunite in this country.

Democrats are also fighting to make higher education more affordable, protect clean air and water, create greater economic opportunities for minority-owned businesses, and most importantly, ensure that everyone can exercise the most important right of all — the right to vote.

As the fastest-growing racial group in the country, the Asian American community isn’t monolithic, and we certainly don’t agree on every issue. One of those issues is affirmative action.

While AAPI groups have staked out positions on both sides of the Harvard case, national surveys find that two-thirds of Asian Americans support affirmative action in higher education — a position that is backed by over 150 AAPI organizations. And in the Harvard litigation, prominent AAPI civil rights groups and academic experts have filed friend of the court briefs explaining how affirmative action helps Asian Americans.

One of those civil rights groups, Asian Americans Advancing Justice, explained in filing its brief: “The heart of this lawsuit is whether Harvard can continue to value racial diversity in ways in which our country has consistently fallen short: acknowledging the entrenched racism that still pervades every aspect of life, bridging racial divides, and developing racially diverse leaders in every sector. This lawsuit has nothing to do with discrimination against Asian Americans.”

There are certainly strongly held views on both sides of the affirmative action debate, and questions have been raised about Harvard’s policies for evaluating Asian American applicants. As an alumnus of Harvard Law School, I will be the first to criticize my alma mater if its policies are found to be unfair.

However, the media’s disproportionate focus on one elite university’s admissions policies doesn’t reflect the view of most AAPI parents, who are far more concerned about rising college costs. And while many parents do aspire to send their children to an elite institution, it’s worth nothing that about half of AAPI college students attend community colleges.

At its heart, this new-found conservative interest in Asian American college admissions is nothing more than an attempt to drive a wedge in the coalition of communities of color. Fortunately, most AAPIs understand full well that restricting access and opportunity for one racial group affects all groups.

That’s why Asian Americans have united against the Trump administration’s Muslim ban, the separation of immigrant families at the border, and the despicable embrace of white nationalists after Charlottesville. When Asian Americans hear about border walls, we remember more than 80 years of exclusionary laws that cut off Asian immigration to this country. When we hear the president scapegoating immigrants, Muslims and people of color, we remember the internment of Japanese Americans during World War II.

That’s why we’ve fought every step of the way to promote tolerance and progress. That’s always been the spirit of Asians in America. Our families came to the U.S. from dozens of different countries, and they faced many challenges upon their arrival. But when they climbed the ladder of success, they understood their obligation to lend a hand to the next generation climbing up the ladder.

No matter our background, Asian Americans work hard not only to better our own lives, but to better the lives of our fellow Americans. That’s why we refuse to be pawns in this shameless effort to divide communities of color.

Chris Lu was a former senior official in the Obama administration. He is now a senior fellow at the University of Virginia Miller Center and an at-large member of the Democratic National Committee.

**This Op-Ed ran in the Asian Journal.