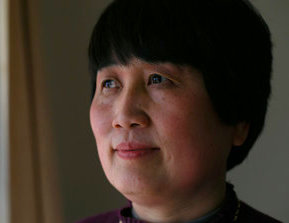 We invite you to attend a press conference regarding the racial profiling of Chinese-American scientists. The conference will be on May 23, 2018 at 9:30 am in the Cannon House Office Building Room 421 in Washington, D.C.

Award-winning hydrologist Sherry Chen will speak at a press conference on Capitol Hill for the first time since a U.S. Merit Systems Protection Board (“MSPB”) judge ruled in her favor against the U.S. Department of Commerce (DOC).

Sherry Chen is a U.S. citizen who was employed with the National Weather Service, a division of DOC, when she was wrongfully accused of Chinese espionage in 2014. The government dropped all charges before trial in 2015 but terminated her federal employment based on the same false accusations.​ ​The MSPB recently ruled that Chen was a victim of “gross injustice” due to mishandling at multiple levels of the DOC and ordered the agency to restore Sherry to her job with back pay and benefits.

During the conference Chen and her lawyer Steve Simon will call for the MSPB decision to stand, and discuss how the MSPB decision has strengthened the false arrest complaint against DOC that the U.S. Department of Justice is charged with investigating. Asian American leaders will speak to concerns of a pattern of racial profiling involving Chinese American scientists. Congressional leaders will make renewed calls to the Commerce and Justice departments to carry out independent investigations.

To learn more about Sherry Chen’s case you can read the full MSPB decision online.