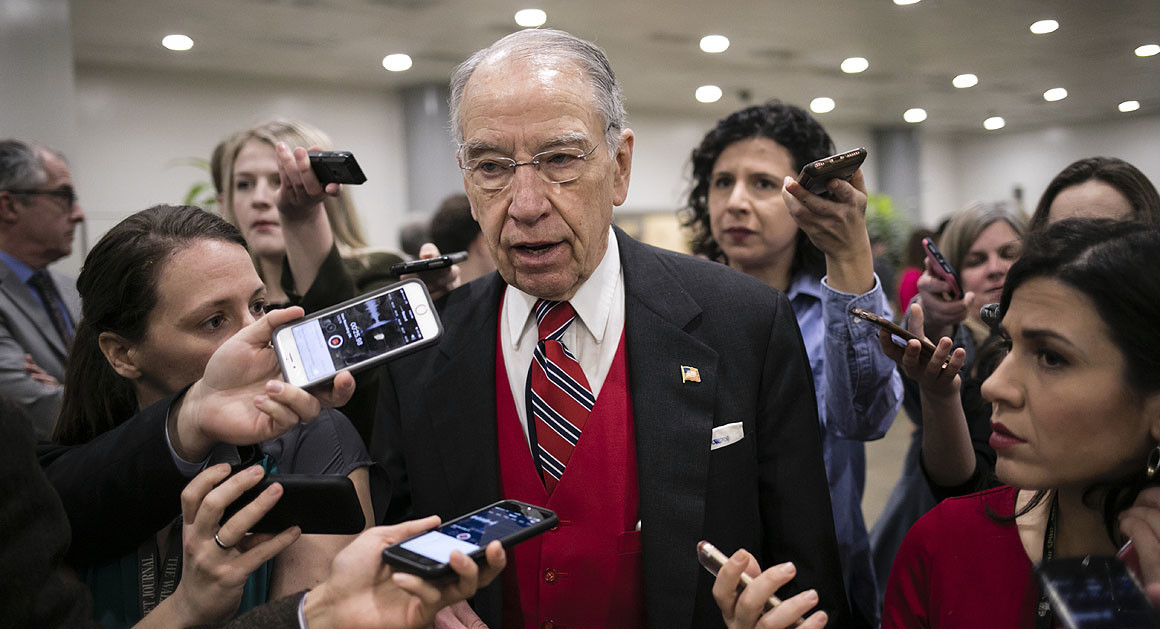 Members proposed further barriers for Chinese international students and xenophobic concerns. The Senate Judiciary hearing on May 30th discussed the vetting of Chinese students and concerns about Chinese infringement on economic, intellectual property, and other fronts.

On May 30th, the U.S. Senate Committee on the Judiciary, Subcommittee on Border Security and Immigration held a hearing entitled “Student Visa Integrity: Protecting Educational Opportunity and National Security.” Originally, the hearing was titled, “A Thousand Talents: China’s Campaign to Infiltrate and Exploit U.S Academia.” The original title reveals the goal of the hearing–to perpetuate the myth of Chinese nationals as potential spies, which has caused illegitimate allegations and persecutions of Chinese Americans for suspected espionage.

A Case for National Security?

After the hearing, Rep. Chu tweeted

As @SenatorDurbin said in his opening statement, anti-Chinese prejudice is already discouraging many Chinese students who wanted to enter the STEM fields, b/c they worry they could become targets. This is tying the hands of our economy, holding us back from innovations

The hearing was split between two panels. The first panel included officials from the Director of National Intelligence, Immigration and Customs Enforcement, the FBI, and the Department of State. The first panel stated strong commitments to protecting national security and safeguarding sensitive technology while maintaining a free and open academic environment–but emphasized that it would maintain investigative processes, such as vetting, in order to monitor students studying sensitive fields like nuclear engineering.

Chinese students were singled out by the national security officials because of China’s status as an economic competitor and due to China’s plans to acquire new technology. The panel described a concern that China could resort to espionage to get sensitive material. This rhetoric has dangerous implications, according to OCA, because it highlights a frightening trend of criminalizing Asian Americans in the name of national security. “Now, some in the administration are talking about limiting the access of Chinese students and scholars to visas. Given the current political climate, we are very concerned that this trend of racial profiling and scapegoating will lead to a restriction on visas for Chinese nationals and rhetoric that further encourages xenophobia and criminalization of Chinese immigrants and Chinese Americans.”

The second panel consisted of representatives from higher education institutions and Leon Rodriguez, former Director of U.S. Citizenship and Immigration Services. Senator Durbin referred to the recent comprehensive education reform bill that was passed in the Senate but not even considered in the House. The bill included a provision that would allow foreigners with a graduate degree in STEM that have a job lined up to automatically receive a green card. The panel echoed support for international students and their continued contributions to the US economy.

In response, Senator Mazie Hirono (D-HI) addressed the first panel, asking them if they believed Senator Cruz’s bill was necessary, given the pre-existing systems to reduce security threats from foreign students. The panels  subsequent silence was reflected as “No.”

A Nation Built by Immigrants

This article was written by YaYa Sun, AAAF Media Intern.