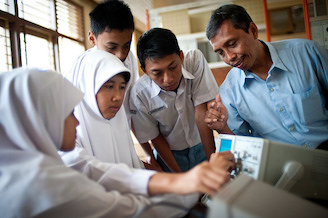 In a study published online April 30, 2018, in JAMA Internal Medicine, the authors found that the ACA has increased the number of insured in all minority groups. This is especially true of the Asian American Pacific Islander community. The rate of AAPIs without health insurance has dropped to 9%, a rate that is essentially the same as white Americans (8.8%).

“The ACA appears to have levelled disparities in health insurance coverage between minority groups, while also ensuring that we can collect this data in the first place,” said first author John Park, MPH ’17 at Harvard Chan School. Other Harvard Chan School authors included Benjamin Sommers and Arnold Epstein.

This is a ground breaking study because it looks at the sub-groups within the AAPI demographic. Park states, “The ACA requires that all federally funded health surveys of self-reported information collect disaggregated data for racial minorities who may have been invisible in the past”

Reductions in uninsured rates ranged from -14.3 percentage points in the Guamanian or Chamorro subgroup to -4.1 in the Japanese subgroup.