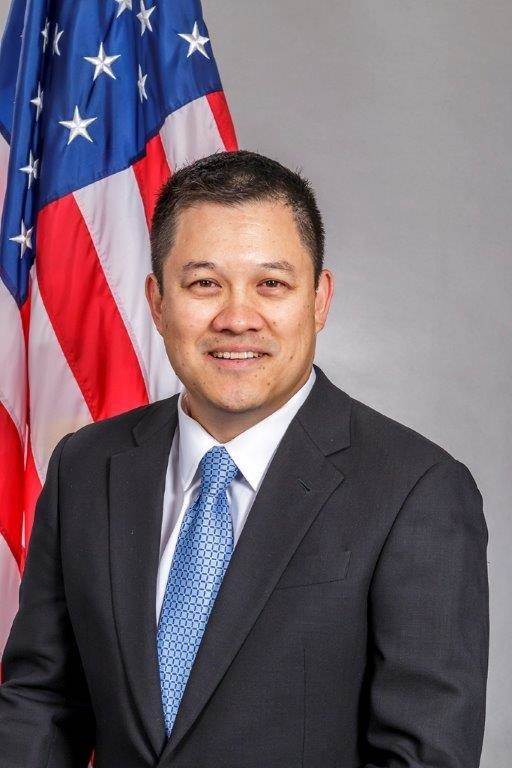 Albert Shen is with Verizon Smart Communities and National Lead for Smart Airports to implement new Smart City Systems utilizing 5G and the Verizon 4G LTE network in cities and airports across the United States.  Previously, he was a Senior Advisor for the Toyota Mobility Foundation working on developing new smart city mobility innovation & sustainable energy investment strategies in U.S. cities and was also a Senior Advisor in Advanced Technology and Research at Toyota North America where he was developing advanced next generation mobility strategies on transportation innovation and to integrate new future mobility technologies with federal, state & local governmental transportation Smart City initiatives.

In 2014, he was appointed by President Obama to be the National Deputy Director of the U.S Department of Commerce, Minority Business Development Agency.  His role was to create U.S. jobs by developing federal polices; new impact investment models and other new business innovation initiatives that promote the growth and global competitiveness of businesses owned and operated by minority and immigrant business owners. His leadership elevated minority business participation in new international markets in Asia, Africa, and South America. He organized the first ever MBDA trade mission to be part of the official U.S. Delegation to the Asian Pacific Economic Cooperation (APEC) Summit in Manila, Philippines.  He served as the MBDA liaison to the White House on the Trans Pacific Partnership (TPP) and led all Agency efforts in support of TPP advocacy. Before he joined the Obama Administration he leveraged his background as a minority business owner himself for 15 years as CEO of Shen Consulting, Inc., a successful transportation & civil engineering consulting firm that managed major public transportation projects such as the Seattle Tacoma International Airport’s Rental Car Facility Program (a $400M project) and many other large-scale airport capital programs & heavy civil, transportation & environmental programs in the Pacific Northwest.

Politically, his is on the Board of Directors for the Asian American Action Fund (AAAFund) and also volunteers as a Co-Chair of the Democratic National Committee, National Finance Committee Asian American & Pacific Islander (AAPI) Leadership Council as well as the Biden 2020 AAPI Finance Council where he is leading efforts for more Asian American Business Executives and Advocates to be high level donors to the party.

For his efforts Shen has consistently received accolades from industry and community organizations. In 2012 he was awarded the U.S. Small Business Administration Region 10 Minority Champion of the Year Award. Shen has provided support to educational institutions, community organizations, business organizations and political advocacy groups. He served as Board Chair of the Seattle Community College Board of Trustees, and as Vice Chair of the Washington State Commission on Asian and Pacific American Affairs. In 2013 he was a candidate for Seattle City Council.   Shen earned his bachelor’s degree in chemistry and environmental science from the University of Washington.