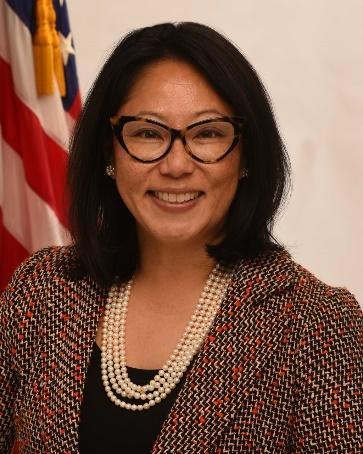 Having just finished a stint as the Director of External Affairs in the U.S. Department of Health and Human Services, Pugh founded her own consulting firm,  8821 Strategies.  In her HHS role, she served as the chief liaison for the Office of the Secretary and was charged with relationship management for the department’s wide range of national organizations, labor unions, healthcare providers, trade associations, consumer organizations, profit and nonprofit groups, and the private sector.

Prior to joining the Administration, she served as the Senior national political director for the NEA. The NEA is the nation’s largest union, with 3 million members who live in every single congressional district in the country. She led the NEA’s national and state political strategy, member engagement, ballot initiatives, independent expenditures, and state  legislative campaigns. During her tenure, she successfully launched the See Educator Run training program to create an entry point for Educators to run for office at the state or local level and was a key behind the scenes catalyst in shaping the national progressive infrastructure widely recognized today, such as For Our Future, the Strategic Victory Fund, the New American Majority Fund and Progress Now.

Prior to joining NEA in 2007, Pugh spent more than six years at the Service Employees International Union, serving in the Political Department as the national field director and Midwest political director. In 2001, she worked on the Democratic National Committee’s redistricting project. She previously held numerous positions including in social services, community organizing and advocacy for immigrant and refugee rights.

Carrie also served as the Chair of the Board of the New American Majority Fund, a project of the Democracy Alliance, Progress  Now, AAPI Progressive Action, the Democratic Attorneys General Association, and the Democracy Alliance’s State Victory Fund Investment Committee. She also was appointed as a DNC Member from the District of Columbia and was elected to serve as the Vice Chair of the DNC Labor Council and was also elected as an officer of the DNC Women’s Caucus.