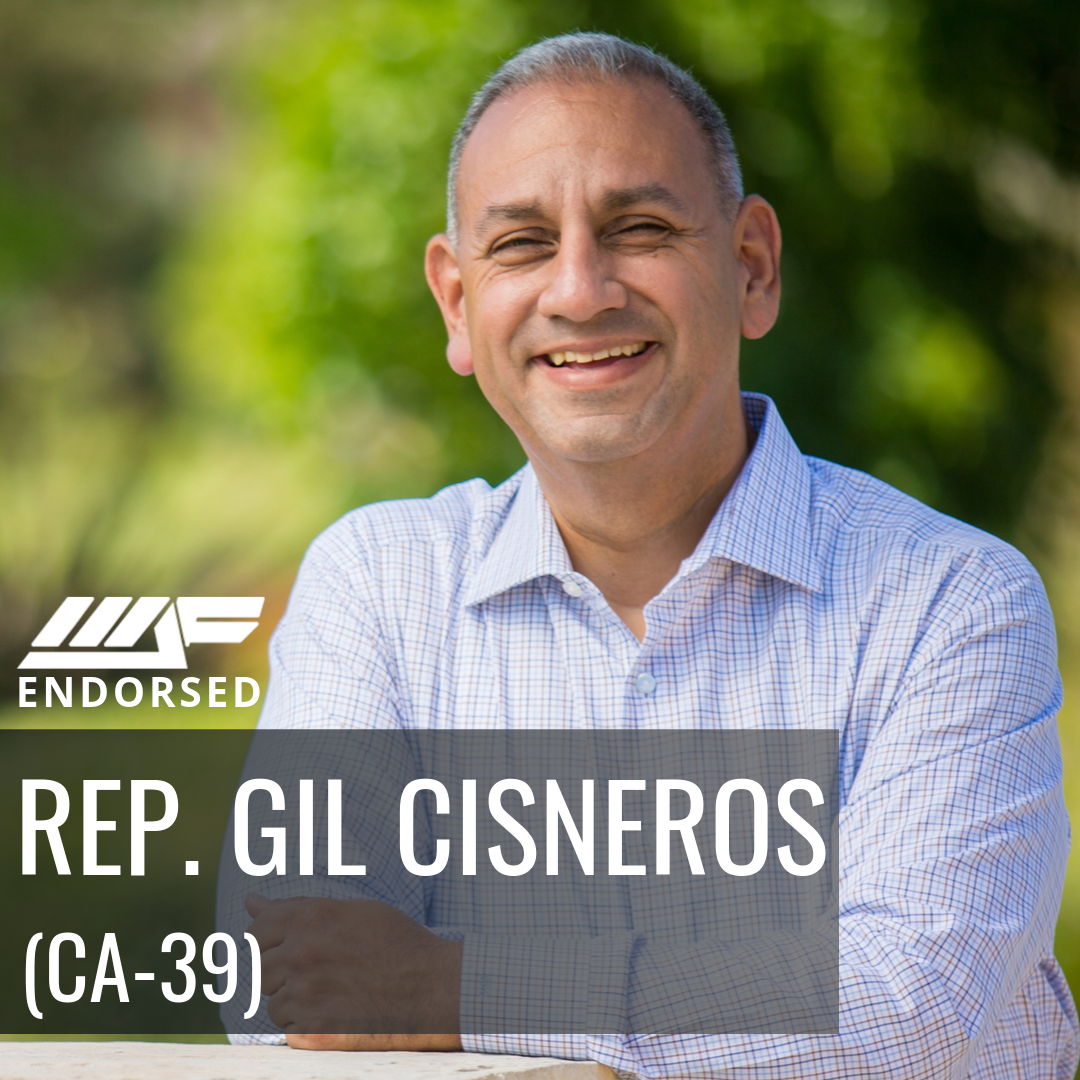 The Asian American Action Fund proudly endorses Gil Cisneros for United States Congress. Gil Cisneros is a Democrat representing California’s 39th Congressional district in the United States House of Representatives to ensure our children are provided with the same ladder of opportunity that the Navy provided him. Gil is not a career politician — he is a veteran and education advocate who has the courage to stand up to the insurance and pharmaceutical industries to lower healthcare costs, protect education funding, and work to create good-paying local jobs. He serves on the House Armed Services and Veteran’s Affairs Committees.

Gil knows firsthand the challenges families face when they are unable to afford healthcare. Gil’s own father suffered health problems from exposure to Agent Orange while serving in Vietnam, and lost his health insurance. In Congress, Gil will stand up to Donald Trump and Republicans to protect healthcare as a right for all Californians.

Through ten years of service to our country as a U.S. Naval Officer, Gil was awarded the Navy Commendation Medal, Navy Achievement Medal, the National Defense Medal, and the Armed Forces Expeditionary Medal for his exemplary service to his country.

Gil is the Veterans, Education Advocate and co-founder of The Gilbert & Jacki Cisneros Foundation, an organization committed to strengthening public schools, and creating college opportunities for students and veterans.  He also serves on the advisory board of Michelle Obama’s Reach Higher Initiative for college access.

To learn more about his campaign, visit Cisneros for Congress.