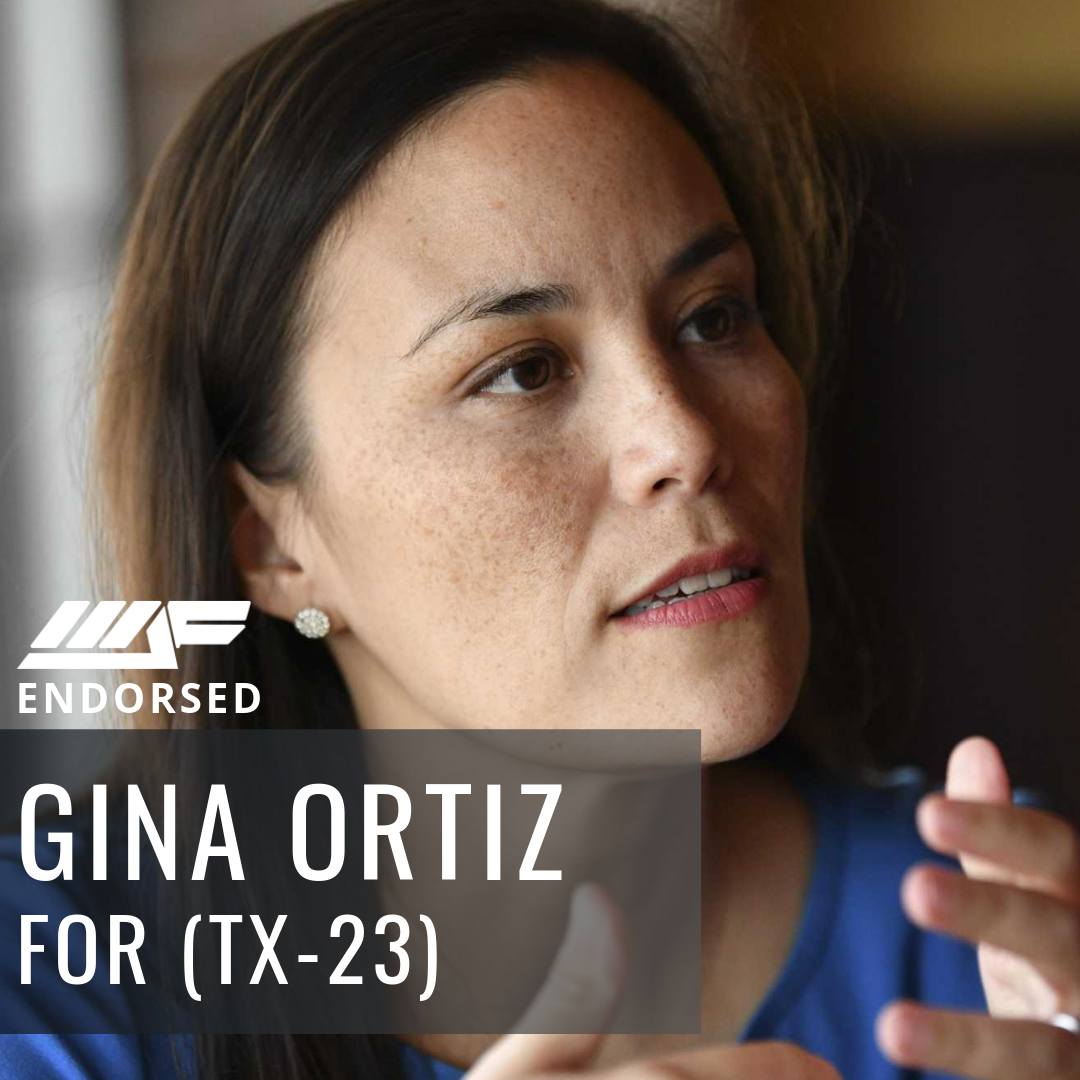 Albert Shen, AAAFund Texas Chair, said, “We are happy to endorse Gina Ortiz Jones in her bid for the Texas 23rd Congressional District. Gina’s efforts to push for a voice for immigrants colors the change that the district is undergoing as AAPIs begin to grow more prominent in the community. As the first candidate to represent LGBTQ+, veterans, and Fillipino-Americans, Gina represents the intersections that AAAFund stands behind.”

“It is my honor to earn the AAAFund endorsement,” said Jones. “As a proud first-generation Filipino-American, I know how special our country is, and the importance of protecting the American Dream. I’m running to represent Texas’ 23rd Congressional District, because the promise of our country is worth fighting for.”

“The AAAFund is excited to be endorsing Gina Ortiz Jones and her efforts to represent the Texas 23rd Congressional District. With her extensive experience in public service and her service in the Iraq War, Gina will fight everyday to ensure that all Americans are given the opportunities and promise of a better future,” said AAAFund Media Director Vivian Chang.

Jones ran for office for the first time in 2018 and came within 926 votes of unseating Rep. Will Hurd. Jones launched her campaign on May 14, 2019 and raised an impressive $587,000 in only 48 days, more than any 2020 Democratic challenger in the country. Texas’ 23rd Congressional District is a majority-minority district that stretches from San Antonio to El Paso and covers approximately 58,000 square miles.

To learn more about her campaign, visit Gina Ortiz Jones for Congress.