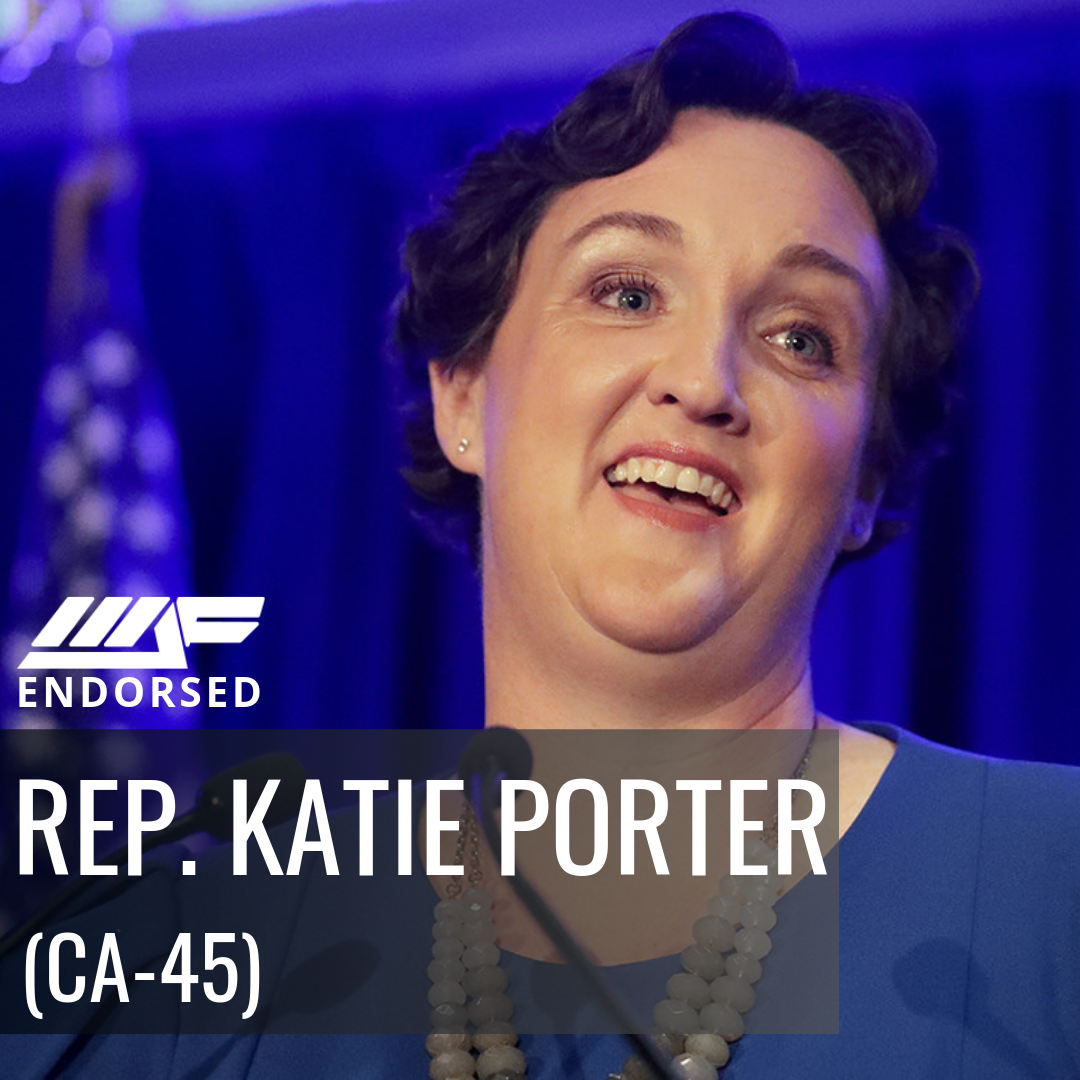 “I am thrilled to have the support of the AAA Fund and to join them in the fight to secure and protect the rights of the AAPI community,” said Porter. “The AAPI community faces many challenges – from attacks on their civil rights, to underrepresentation in government, to their ability to immigrate to the United States and participate in our economy. We need to stand together to protect our vulnerable neighbors.”

AAAFund Board Member Gautam Datta said, “We’re excited to be endorsing Rep. Katie Porter as she represents the 45th Congressional District in California. Rep. Katie Porter was able to flip the Orange County for the first time in its history, ushering an era where the voice of minorities can be heard in local government. With the district being one of the largest Asian American communities in the nation, AAAFund is proud to support Rep. Porter’s initiatives for the rights of immigrants and AAPIs.”

“The AAAFund is proud to endorse Rep. Katie Porter as she works to fight for the rights of AAPIs and the core values of freedom of all Americans. As the representative for the 45th Congressional District in California, Rep. Porter has the interest of the prominent AAPI community and first-generation graduates from UC Irvine that call 45 home. We’re excited to have Rep. Porter at the helm to advance social justice and rights for the Asian American community,” said AAAFund Endorsements Co-Chair Irene Bueno.

CA-45, which Rep. Porter is proud to represent, is home to around 778,000 individuals, a quarter of whom identify as being of Asian American or Pacific Islander descent. CA-45 is also home to the University of California Irvine, which graduates around 10,000 students per year, half of whom are first-generation college students.

Porter flipped her Orange County seat, which has a Republican registration advantage of 5 percentage points, by a narrow margin last November. After twelve days of counting ballots, Porter became the first Democrat to hold the seat since the district’s inception in 1983. AAPI voters were a key reason for Rep. Porter’s electoral success. CA-45 is considered to be one of the top targeted seats in 2020.