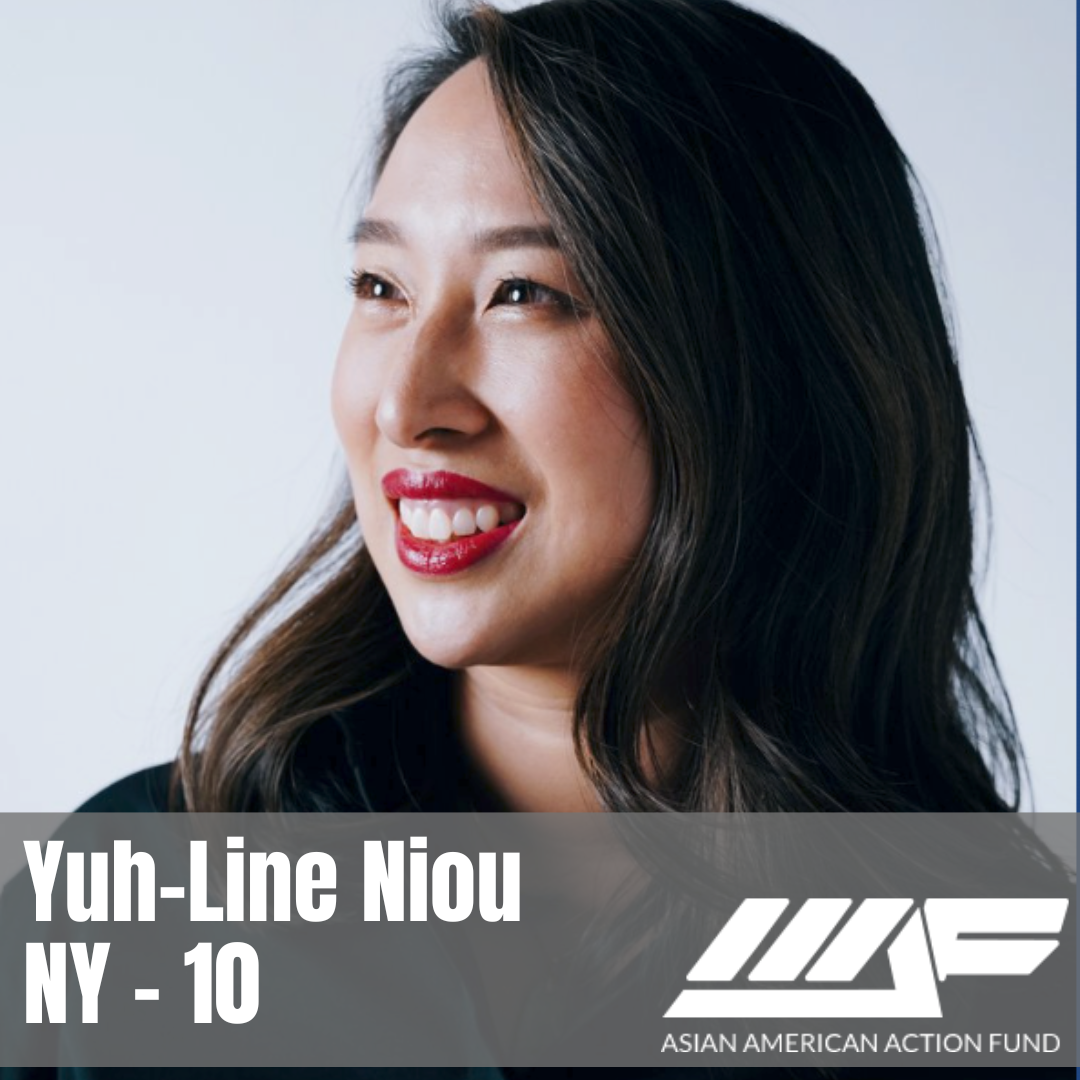 Yuh-Line Niou is a lifelong Democrat and a powerful progressive leader for low-income, immigrant, and working families. Yuh-Line immigrated to the U.S as an infant, when her parents came from Taiwan with all of their possessions in just six suitcases.

A proud CUNY Baruch graduate, Yuh-Line has been fighting for New Yorkers in government and advocacy roles for over a decade, first serving as Chief of Staff to Assemblymember Ron Kim. In 2016, she was elected in a historic landslide victory to represent New York’s 65th Assembly District, becoming the first AAPI woman in the NYS Assembly and the first Asian-American to represent Chinatown in the State Legislature.

Since then, she has built a movement in the State to fight for transparency, accessibility, and accountability in our government. In Albany, Yuh-Line stands up to systemic corruption and negligence and is a powerful voice for tenant protections, affordable housing, consumer protection, long-term pandemic planning, and fair taxation of the ultra-wealthy. Yuh-Line helped form New York State’s first-ever Asian Pacific American Legislative Task Force and has delivered support for the AAPI community. In 2022, Yuh-Line was named by City & State as New York’s second most-influential Asian-American lawmaker.

Never afraid to speak truth to power, Yuh-Line has fought back against sexual harassment and racial discrimination and passed critical legislation to protect survivors. Her work in the progressive movement has become a watershed for young people, especially women, LGBTQ+ folks, the AAPI community, and people of color, to become civically engaged and to run for office to build a government that works for the people.