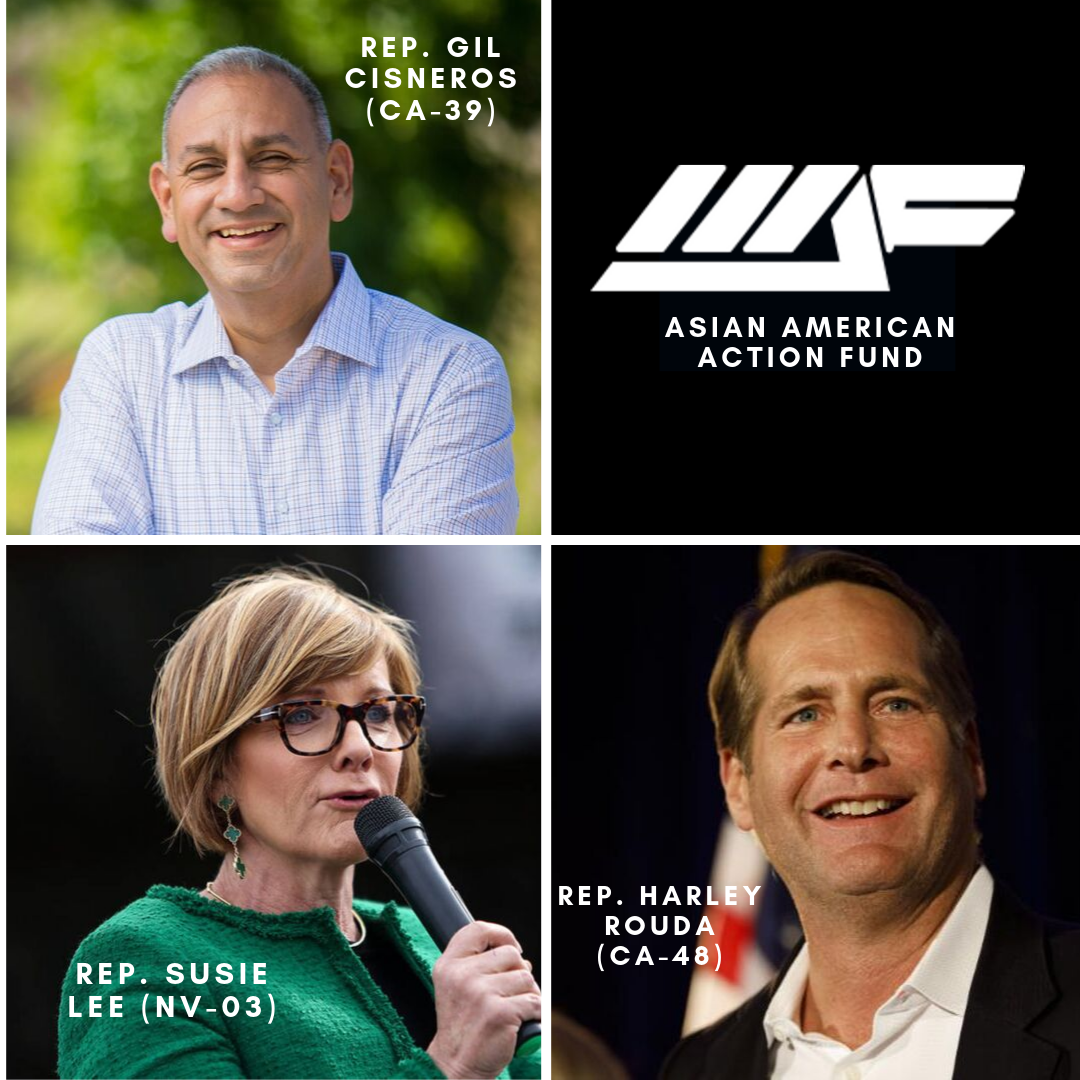 AAAFund proudly endorses and will give the top contribution amount to freshmen Democratic Congressmembers Gil Cisneros (D-CA), Susie Lee (D-NV), and Harley Rouda (D-CA) in its second round of endorsements at the end of the 3rd quarter. All three are frontline Democrats who are in highly competitive districts with large Asian American Pacific Islander (AAPI) populations.

Executive Director Paul Tiao said, “This year, AAAFund is proud to have maxed out to 8 candidates, and uplifted 2 AAPI candidates who are poised to takeover GOP-held seats. We are thrilled to support and grow our House majority. Representatives Gil Cisneros (D-CA), Susie Lee (D-NV), and Harley Rouda (D-CA) represent and fight for districts with high AAPI populations, and keep AAPIs close to the center of decision-making – with high ranking AAPI aides, including as Chief of Staff. They understand that representation and outreach matter, and are doing the work to ensure that AAPIs have a seat at the table.”

In 2018, AAAFund had endorsed Representative Gil Cisneros, who represents Koreatown in Los Angeles, and Congresswoman Susie Lee, who represents Las Vegas, which has one of the fastest growing AAPI populations of any city in the United States. This year, AAAFund proudly adds Congressmember Harley Rouda, who represents Orange County and the largest Vietnamese American population in the country. Representatives Cisneros and Rouda are deeply committed to AAPI representation – both have AAPI Chiefs of Staff in their Congressional offices.

In AAAFund’s previous round of endorsements, the organization maxed out to and re-endorsed candidates Gina Ortiz Jones and Sri Kulkarni, who are poised to become the first AAPI Congressmembers in Texas and are running in 2 of the most competitive pickup districts nationally. Last quarter, AAAFund also maxed out to and re-endorsed current freshmen AAPI Congressmembers Andy Kim (NJ) and T.J. Cox (CA), and Congresswoman Katie Porter (CA), who is also a frontline Democrat representing an Orange County district with a significant AAPI population.

The AAA Fund (www.aaafund.org) is an Asian American Pacific Islander Democratic political action committee founded in 1999 with the goal of increasing the voice of AAPIs at every level of local, state and federal government in the United States.