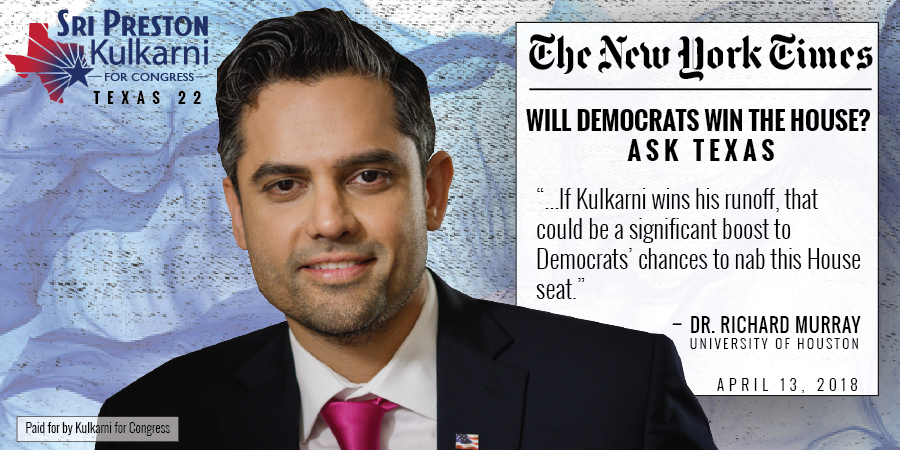 Richard Murray, a professor of political science at the University of Houston, told [Bruni] to keep an eye as well on the 22nd District, a largely suburban swath of the Houston area that he described as a microcosm of demographic changes that are making the state ever more hospitable Democratic turf.

“The suburban counties that led Republicans to dominance here 25 years ago are getting significantly less Republican fast,” he said, adding that Fort Bend County, in the 22nd, is roughly 20 percent Asian-American now. The first-place finisher in the district’s Democratic primary, Sri Preston Kulkarni, is Indian-American. Murray said that if Kulkarni wins his runoff, that could be a significant boost to Democrats’ chances to nab this House seat.