What is a Caucus? And Why is it Important for AAPI Voters? 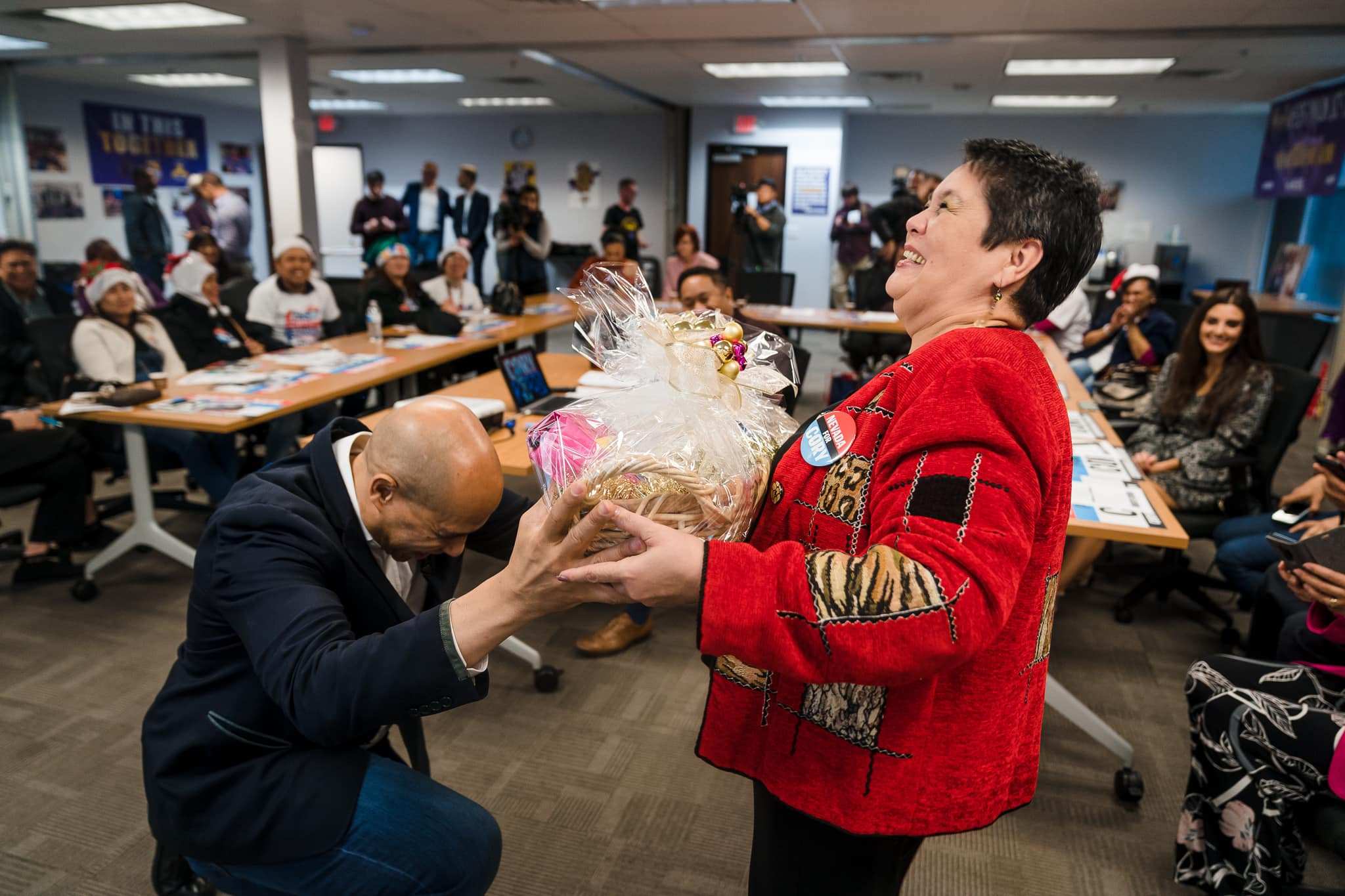 The First in the Nation (Iowa) and First in the West (Nevada) primaries are right around the corner! But what is a caucus? How does it work? And why is it important for AAPI voters?

Every state hosts either a caucus, primary, or hybrid model as part of the process to select delegates. The uniquely American caucus remains in six states only: Iowa, Nevada, Kansas, North Dakota, Wyoming, Maine. Two of those states (Iowa and Nevada) are in the first three states to select delegates. So this singular structure has an outsize influence on the 2020 primaries. But how does it work?

In February, the nation will watch thousands of Democratic voters gather in Iowa (February 3) and Nevada (February 22) to kick off the primary season. These two states use multiple rounds of delegate selection: voters meet in precincts across the state, where they start the day by indicating their support for a candidate by grouping into different areas of the caucus site (which may be a gym, community center, or other common space). An area might be set aside for undecided voters.

For roughly half an hour, voters go from group to group to convince folks to shift around the room and support their chosen candidate. At the end of this first round, the supporters for each candidate are counted, and caucus officials determine which candidates are “viable.” Typically the required percentage of voters that a candidate must receive support from is 15 percent. Candidates that do not meet that threshold are removed from the group options, and voters will have to re-align or abstain from further caucusing.

Once the voting is closed for the day, a final count of caucus supporters is taken for each candidate, and each precinct apportions the appropriate number of delegates to the county convention, which are selected from the Democratic voter base and chosen through an application process. The delegates are initially bound to support their chosen candidate but at later conventions (county, state), they will  undergo a similar caucus process to select final candidates.

POTENTIAL UPSIDES TO THE CAUCUS SYSTEM

Although caucuses are used in a minority of states, their over-representation in early primary states has given caucuses an outsize influence on electoral discourse. Let’s examine the pros and cons of caucuses, beginning with potential upsides:

POTENTIAL DOWNSIDES TO THE CAUCUS SYSTEM

The flip side of caucuses which reward more highly engaged voters are potential barriers to participation for a broader base of voters.

In recent years, some states have worked to address these potential barriers. Iowa created expanded caucus options for disabled voters and members of the military who would not be able to participate in person otherwise. The state Democratic party has also pledged to work on legislation to require employers to allow folks to take time off work for caucus participation.

Regardless of the system, most primaries require voters to be registered with the Democratic party and to have a high level of political knowledge to participate. This often creates barriers for folks who are not as familiar the political system, folks with lower English language proficiency, and folks who have less free time to spend on politics. These requirements heavily impact AAPI voters who have low-wage jobs, who are recent immigrants, or who have less economic and political access on the whole. But that doesn’t mean that campaigns and parties shouldn’t reach out to AAPI voters–on the contrary, there is so much room for innovation and culturally competent outreach!

The Cory Booker campaign set the standard for engaging AAPI voters around the Nevada caucus. Booker hosted an in-language Tagalog caucus, which equipped participants with key skills for the caucus, political volunteering, and even Census Get-Out-The-Count. Booker’s campaign hosted a mock caucus in Tagalog, facilitating participation by community leaders including the Nevada AAPI Democratic Caucus. Booker’s campaign staff involved in the outreach project included Phil Kim, Allen Chen, and Kevin Wong, hired as AAPI organizers for the state. Although Senator Cory Booker has unfortunately ended his 2020 presidential run, his campaign truly set a standard for making the primary process more inclusive and changing the trajectory for future AAPI voters to tear down barriers that may have held back past generations.

Speaking of the Nevada AAPI Democratic Caucus, AAPIDC hosted their own mock caucus featuring Asian snacks as candidates–boba, banh mi, and samosas. Led by Maggie Tsai, the leadership team included millennial leaders like Christian Bato, Dan Santos, Emily Ku, Jessica Guerra, Cecilia Winchell, Brittany Biggs, Craig Valdez. The program featured participants from SEIU 1107 as well as other sectors active in progressive politics. Both of these innovative events demonstrate the ever-growing power of the AAPI electorate: the Filipina Titas of Nevada have long been the foundation of AAPI activism throughout history, spanning labor, cultural organizing, and politics. Connecting these worlds of AAPI community and Democratic politics will build power for both our movements; it just takes investment and the commitment to create more inclusive, representative politics.